It's just about Cookie Go Day ~ a little over a week to go, and then the madness begins!

We start selling Girl Scout Cookies on February 5th this year. Girl Scout Cookie selling is officially done by Kelly and Paige, but it is a whole family event. For one, Mikey loves to help - he want to ask people if they'd like to buy Girl Scout Cookies and talk to people too. And DJ and Dad are invaluable, since they are the ones moving tables and transferring cases of cookies around constantly (and driving us to booths and the bank and meetings...)

Kelly loves selling Girl Scout Cookies. LOVES it. She plans it, practices it. Makes signs. Gets sparkle shoes to wear, so people will notice her. She was thrilled to earn going to Horse Riding Camp last year by herself and plans to do the same this year.

Paige earned her trip to London and Switzerland last summer.

So yeah, we are kinda into it.

This year - one of the top prizes is a PS4. So the boys have been very enthusiastic to help as much as possible.
In fact, DJ offered to wear this: 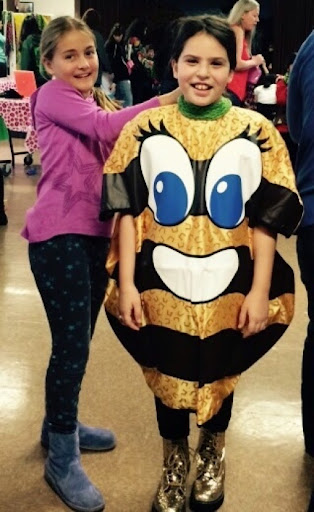 We will see how much he wants that new game console....

We are also very excited that this year we will be getting to sell ONLINE!!!!! 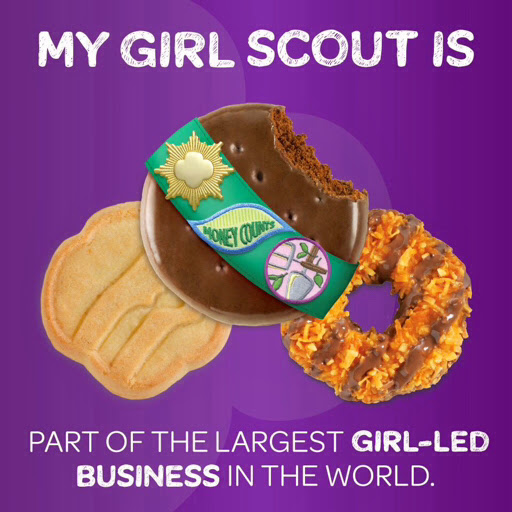 Exciting times right around the corner! 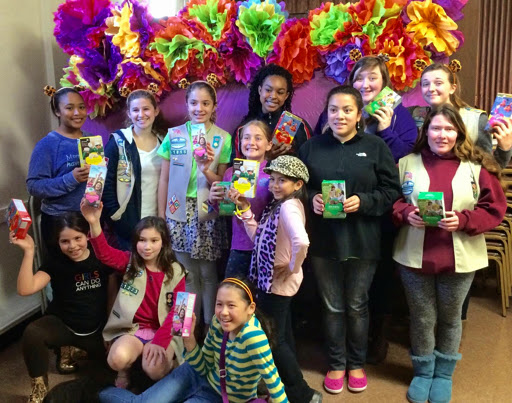 It's not my birthday, or my oldest kids birthday that makes me start thinking about how much time has gone by. It's always Kid Number Two. Not this year so much, even though he turned 15.
Yep, Fifteen.

Because his birthday is right after Christmas, it sort of sneaks up on us. We plan his gifts when we plan Christmas presents, but it really is difficult to ever do a party.
It's still during Break, so that was difficult when he was little....

This year, he wanted to movie hop with his friend all day - and the rest of us had plans, so we sang in the morning and gave him his Crazy Chocolate Cake I made. It was 4 layers of a 6" cake with mini chips on the side. Twix Bars and Milky Way Bars chopped up on top and then a Hershey Bar melted on top of the whole thing.

He did a little happy dance when he saw it. 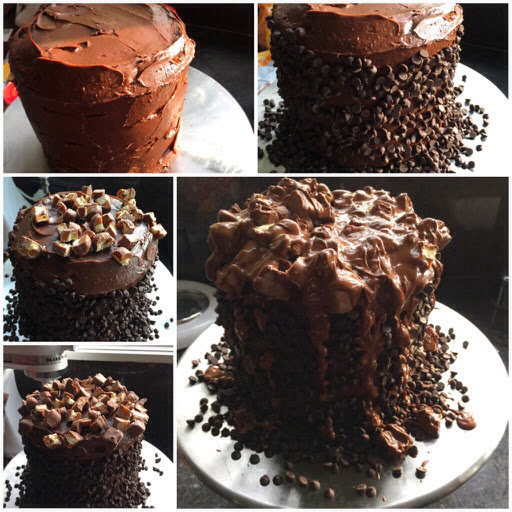 Well he isn't homeschooling it anymore. He wanted to go to High School with his sister. Well, he wanted to go to the same high school that his dad went to (never mind that I went there too, I don't count)
He's trying new things. Even if I have to force him at first. He's still doing well in school. We have had a couple of things come up. With kids. Now with a teacher. It's okay. He has to learn how to get along.

He hated Cross Country at first, now he loves it and is also joining the Track Team 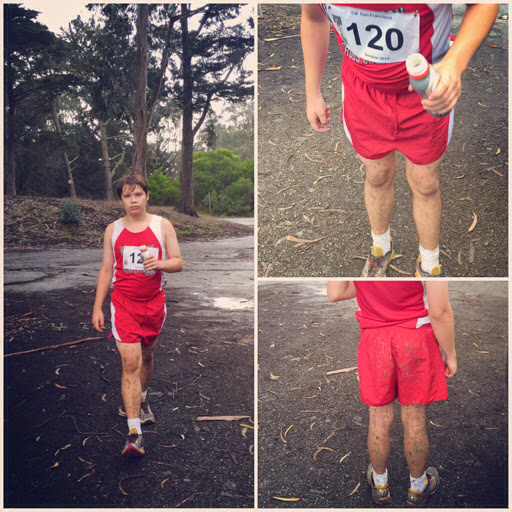 It's funny, he and I argue - but I think it's because he reminds me of my brother at that age and I go into the Big Sister Your Annoying Me mode. I didn't realize it for a while, and I was just furious with him, like All The Time! Then I heard, HEARD my brother's voice come out of his mouth, and I went...ohhhh. So I don't get into it with him as much anymore.
And he's taller than me.

Mikey ADORES him right now. DJ tries really hard to be a good Big Brother to him. 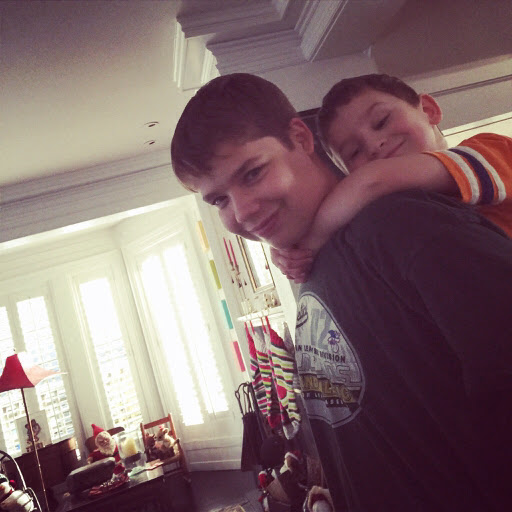 He is a really great kid. He's kind. And thinks the world should be fair to everyone. He gets super excited over the wildest things. He wants to be funny, but he's not...BUT he finally-FINALLY is getting other people's humor OR playing it off until we can explain it. I think Fifteen is going to be a fun year for him! 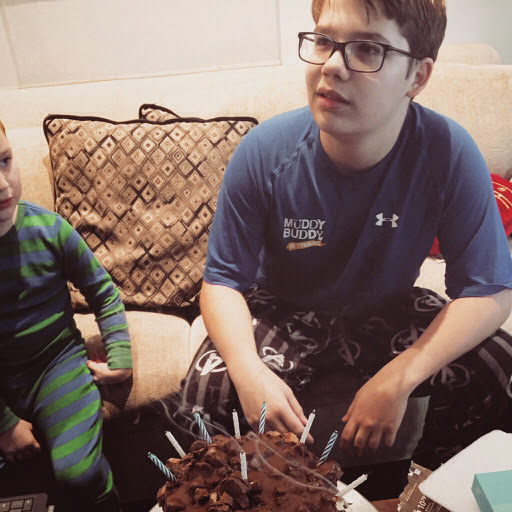 carol anne
San Francisco, California, United States
We have four kids and live in the city. Big Mikey aka Dad, is a native, but only the youngest one, Baby Mikey was born here too. Paige and DJ were born in Marin and Kelly in St Helena. I am Mikey's Wife and The Mama in La Familia Aissa 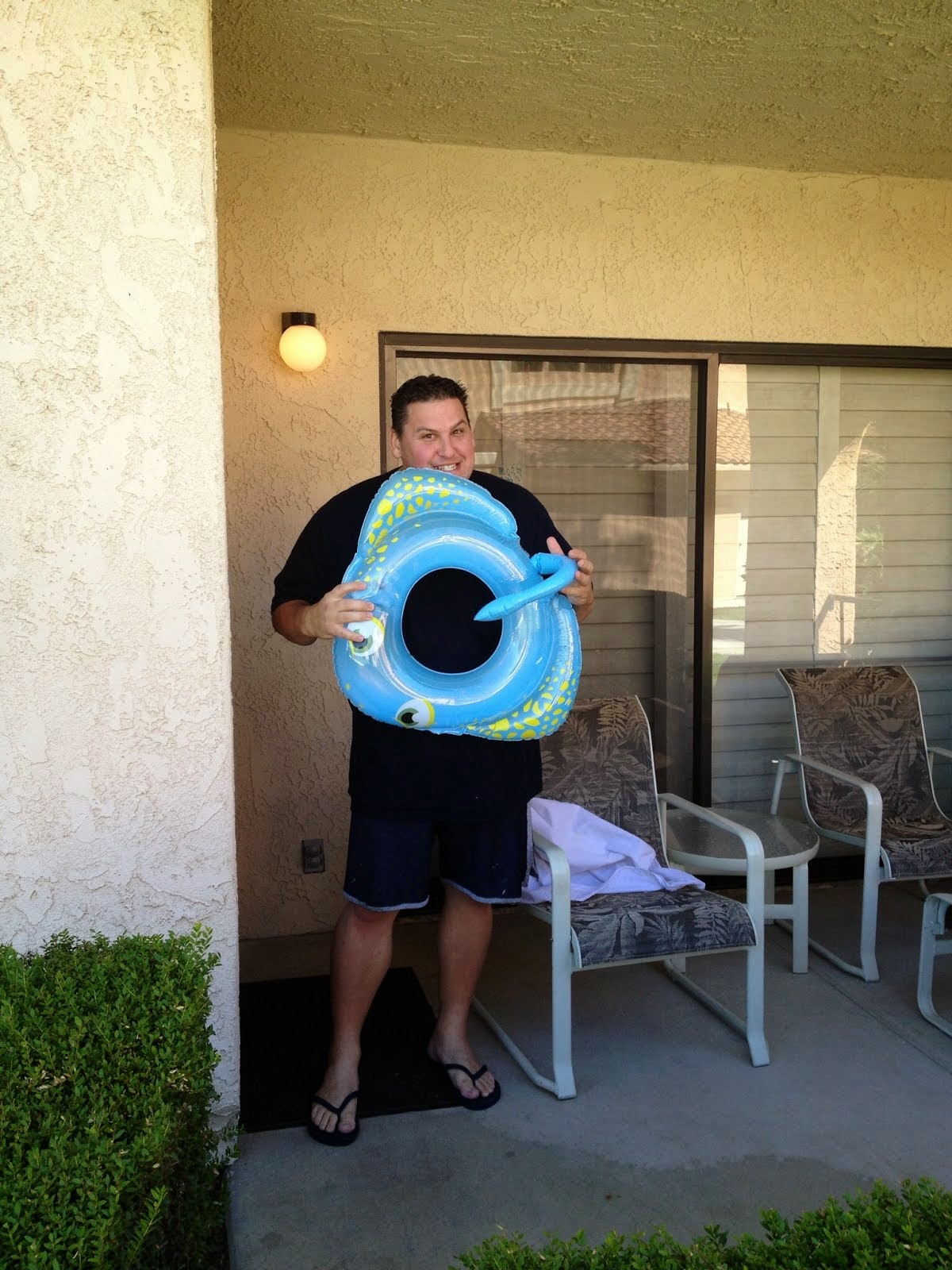 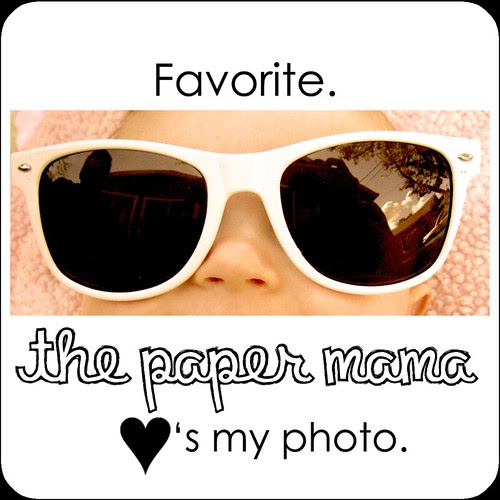 the book I am reading